It is the duty of the Islamic Da’wah to give Mankind this religion in its complete form, starting from the attestation that there is no god worthy of worship except Allah, all the way to removing the harmful things from the road.

It is its duty to teach the ignorant so that they may understand, to alert thenegligent so that they may wake up, to advise the proud so that they may submit to the will of Allah, to lead the disbeliever to faith, the polytheist to monotheism, the heretic to the Sunnah, and the disobedient to obedience. It must establish evidence against those who reject the Truth “in order to be free from guilt before your Lord [Allah], and perhaps they may fear Allah.” [Surah Al-A’raaf (7), Ayah 164.]

It remains the duty of the Islamic Da’wah to stand in the face of this sweeping tide of false calls that are destructive to every truth and leading to every falsehood.

Falsehood has had no shame or hesitation in propagating its claims and advertising its beliefs. On the contrary, it has done so with arrogance and pride, and has gone so far as looking down with disdain upon us Muslims and preachers of Islam. It expects us, the callers to Truth, to be ashamed of our Da’wah and of spreading it amongst the people. It wants us to hide our Da’wah in our chests and walk timidly in the midst of the creation because we are Muslims. This is how falsehood wishes to change criteria and standards.

Some Muslims have entered the field of Da’wah without adopting the required necessary good character of those calling to Islam. This has led to the futility of their efforts and the turning away of people in detestation of them and of the faith to which they call, as a result of the discrepancy between their words and deeds.

All those calling to Islam must, therefore, follow the example of the Prophet ﷺin all his manners. In the smallest and greatest details of his sincerity and devotion to Allah. In his mercy and kindness towards the people to whom he preached. In his forgiveness and forgoing of revenge for himself. In his asceticism and piety. In his avoidance of anything where there was doubt as to its goodness or evil. In his courage in upholding the Truth. In his modesty, patience and generosity. In his gentleness and tenderness. In his determination to carry out his Da’wah and never yielding to despair.

if you need help simply text us , we are online and ready to help 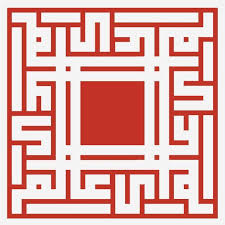